Norton Radstock Instructors were invited to board the BBC Somerset Bus at near-by Kilmersdon Village Day on Bank Holiday Monday 24 May 2010.

Mark, Geoff, Steve and Rob were interviewed by BBC Somerset Radio presenter Emma Britton, who asked about karate, the club and our own karate experiences.

In particular the interview focussed on karate for the over-thirties and the topic of the day was all about encouraging older people to take up a sporting activity.

The twenty minute interview broadcast to the Somerset area, gave plenty of information about taking up karate, the training process and how age is no barrier.

We finished by demonstrating (outside the bus!) some basic techniques, which Emma tried and Mark showed his jodan kicking ability, much to the delight of the BBC crew. 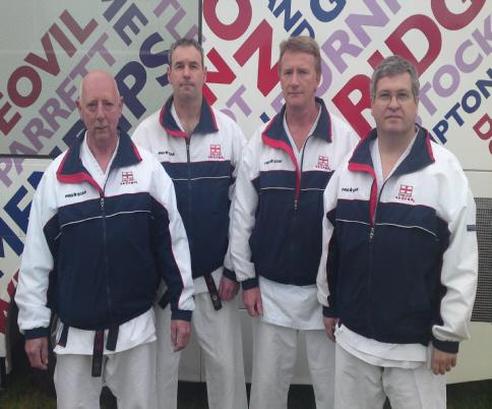